A tent pronunciation (help·info) is a shelter consisting of sheets of fabric or other material draped over, attached to a frame of poles or attached to a supporting rope. While smaller tents may be free-standing or attached to the ground, large tents are usually anchored using guy ropes tied to stakes or tent pegs. First used as portable homes by nomadic peoples, tents are now more often used for recreational camping and temporary shelters.

Tents range in size from “bivouac” structures, just big enough for one person to sleep in, up to huge circus tents capable of seating thousands of people. The bulk of this article is concerned with tents used for recreational camping which have sleeping space for one to ten people. Larger tents are discussed in a separate section below.

Tents for recreational camping fall into two categories. Tents intended to be carried by backpackers are the smallest and lightest type. Small tents may be sufficiently light that they can be carried for long distances on a touring bicycle, a boat, or when backpacking.

The second type are larger, heavier tents which are usually carried in a car or other vehicle. Depending on tent size and the experience of the person or people involved, such tents can usually be assembled (pitched) in between 5 and 25 minutes; disassembly (striking) takes a similar length of time. Some very specialised tents have spring-loaded poles and can be ‘pitched’ in seconds, but take somewhat longer to strike.

Tents were used at least as far back as the early Iron Age.[citation needed] They are mentioned in the Bible; for example, in the Genesis 4:20 Jabal is described as ‘the first to live in tents and raise sheep and goats’. The Roman Army used leather tents, copies of which have been used successfully by modern reenactors.[1] Various styles developed over time, some derived from traditional nomadic tents, such as the yurt.

Most military tents throughout history were of a simple ridge design.[citation needed] The major technological advance was the use of linen or hemp canvas for the canopy versus leather for the Romans. The primary use of tents was still to provide portable shelter for a small number of men in the field.

By World War I larger designs were being deployed in rear areas to provide shelter for support activities and supplies.

A Berber tent near Zagora, Morocco

Tents have traditionally been used by nomadic people all over the world, such as Native Americans, Mongolian, Turkic and Tibetan Nomads, and the Bedouin. 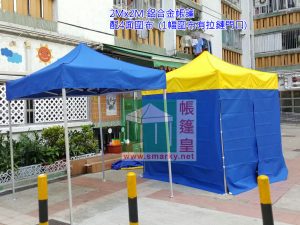 Armies all over the world have long used tents as part of their working life. Tents are preferred by the military for their relatively quick setup and take down times, compared to more traditional shelters. One of the world’s largest users of tents is the US Department of Defense. The US Department of Defense has strict rules on tent quality and tent specifications. The most common tent uses for the military are temporary barracks (sleeping quarters), DFAC buildings (dining facilities), field headquarters, Morale, Welfare, and Recreation (MWR) facilities, and security checkpoints. One of the most popular military designs currently fielded by the US DoD is the TEMPER Tent. TEMPER is an acronym for Tent Expandable Modular PERsonnel. The U.S. military is beginning to use a more modern tent called the deployable rapid assembly shelter or DRASH. It is a collapsible tent with provisions for air conditioning and heating.[2]

Camping is a popular form of recreation which often involves the use of tents. A tent is economical and practical because of its portability and low environmental impact. These qualities are necessary when used in the wilderness or backcountry.

Tents are often used in humanitarian emergencies, such as war, earthquakes and fire. The primary choice of tents in humanitarian emergencies are canvas tents,[citation needed] because a cotton canvas tent allows functional breathability while serving the purpose of temporary shelter. Tents distributed by organisations such as UNHCR are made by various manufacturers, depending on the region where the tents are deployed, as well as depending on the purpose.

At times, however, these temporary shelters become a permanent or semi-permanent home, especially for displaced people living in refugee camps or shanty towns who can’t return to their former home and for whom no replacement homes are made available.

Tents are also often used as sites and symbols of protest over time.[3] In 1968 Resurrection City saw hundreds of tents set up by anti-poverty campaigners in Washington D.C. In the 1970s and 1980s anti-nuclear peace camps spread across Europe and North America, with the largest women’s-only camp to date set up at the Greenham Common US RAF base in Newbury, England to protest cruise missiles during the Cold War. The 1990s saw environmental protest camps as part of the campaign for the Clayoquot Sound in Canada and the roads protests in the UK. The first No Border Network camp was held in Strasbourg in 2002, becoming the first in a series of international camps that continue to be organised today. Other international camps of the 2000s include summit counter-mobilisations like Horizone at the Gleneagles G8 gathering in 2005 and the start of Camp for Climate Action in 2006.[4] Since September 2011, the tent has been used as a symbol of the Occupy movement,[citation needed] an international protest movement which is primarily directed against economic and social inequality. Occupy protesters use tents to create camps in public places wherein they can form communities of open discussion and democratic action. 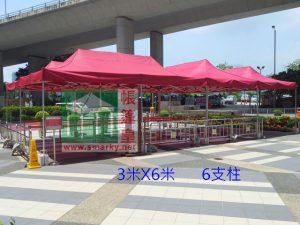 Tent fabric may be made of many materials including cotton (canvas), nylon, felt and polyester. Cotton absorbs water, so it can become very heavy when wet, but the associated swelling tends to block any minute holes so that wet cotton is more waterproof than dry cotton. Cotton tents were often treated with paraffin to enhance water resistance. Nylon and polyester are much lighter than cotton and do not absorb much water; with suitable coatings they can be very waterproof, but they tend to deteriorate over time due to a slow chemical breakdown caused by ultraviolet light. The most common treatments to make fabric waterproof are silicone impregnation or polyurethane coating. Since stitching makes tiny holes in a fabric seams are often sealed or taped to block these holes and maintain waterproofness, though in practice a carefully sewn seam can be waterproof.

Rain resistance is measured and expressed as hydrostatic head in millimetres (mm). This indicates the pressure of water needed to penetrate a fabric. Heavy or wind-driven rain has a higher pressure than light rain. Standing on a groundsheet increases the pressure on any water underneath. Fabric with a hydrostatic head rating of 1000 mm or less is best regarded as shower resistant, with 1500 mm being usually suitable for summer camping. Tents for year-round use generally have at least 2000 mm; expedition tents intended for extreme conditions are often rated at 3000 mm. Where quoted, groundsheets may be rated for 5000 mm or more.

Many tent manufacturers indicate capacity by such phrases as “3 berth” or “2 person”. These numbers indicate how many people the manufacturer thinks can use the tent, though these numbers do not always allow for any personal belongings, such as luggage, inflatable mattresses, camp beds, cots, etc., nor do they always allow for people who are of above average height. Checking the quoted sizes of sleeping areas reveals that several manufacturers consider that a width of 150 cm (4.9 ft) is enough for three people — snug is the operative word. Experience indicates that camping may be more comfortable if the actual number of occupants is one or even two less than the manufacturer’s suggestion, though different manufacturers have different standards for space requirement and there is no accepted standard.

If the tent will be used where mosquitoes, gnats and other biting insects are expected, it should have all window, vent and door openings covered with fine-mesh “no-see-um” netting.

Tents can be improvised using waterproof fabric, string, and sticks.